A couple of weeks ago I realized that there isn’t a simple way to communicate with someone over a strongly encrypted channel without going through an intermediary server when at least one of the parties is not a very technically minded person (there probably is such a such a thing, but I don’t know of it). I wanted to be able to perform basic chat with someone that doesn’t know anything about cryptography and do it without having both people connect to a server. Rather, I wanted a simple server that I ran and sent a friend a simple binary that would ask the hostname of my server and we could chat securely.

Enter my new project, Cryptully. It’s a simple Python application that allows for AES encrypted chat for people that don’t know anything about crypto. As of the time of this writing, the project is at its first milestone. That is, it has a basic Curses UI with asynchronous chat and, of course, everything is encrypted.

The project is pretty straightforward right now, but let’s look at the a few components. First, the crypto functions that encrypt and decrypt data between the server and client with AES.

The generate keys function is generates an RSA keypair using the M2Crypto RSA key generation function. Then, it generates a 256bit AES key by pulling 32 bytes from the kernel’s urandom source. The same process is done for the IV and salt (except the salt is only 8 bytes).

The RSA encryption and decryption functions are very simple. Since this is intended to encrypt data between a client and server, I only needed to implement a function to encrypt data with a public key and decrypt it with a private key.

Essentially, these function just call M2Crypto’s public_encrypt and private_decrypt functions with the given message to encrypt/decrypt and the padding type to use.

The AES functions are slightly different than the RSA functions.

The structure of these functions is to first create a cipher for encryption or decryption which is handled by the __aesGetCipher() function. This creates a 256 AES CBC cipher with the AES key, IV, salt, and a SHA256 digest we created in the key generation function. After obtaining the cipher, the encrypt/decrypt functions call the update() function of the cipher to update it with the data to be encrypted/decrypted. Lastly, it calls the final() function which finishes the encryption/decryption.

For convenience, I wrote a wrapper class around Python’s socket class called encrypted socket that encrypts/decrypts data in its send() and recv() functions. The type of encryption can be changed from no encryption to RSA to AES at will with a setEncryptionType() function.

The handshake between the client and server involves exchanging public keys and then the server encrypting the AES key, IV, and salt with the server’s public key and then sending them to the client. After the handshake, all communication is done over AES.

CursesSendThread and CursesRecvThread are subclasses of Python’s threading.Thread class. In their __init__ functions, they make themselves daemon threads with:

The threads also caused some concurrency issues with the Curses UI. However, this was easily solved by making all the Curses calls in the threads into a critical section and wrapping them inside a shared mutex. The blocking calls (waiting for the user to enter input into the textbox in the send thread and waiting for data from the client in the receive thread) are the only calls outside of the critical section. The run() function of the threads looks a little something like this:

Lastly, let’s look at the current Curses UI. Upon starting the program, an option to run it as a server or a client is given. 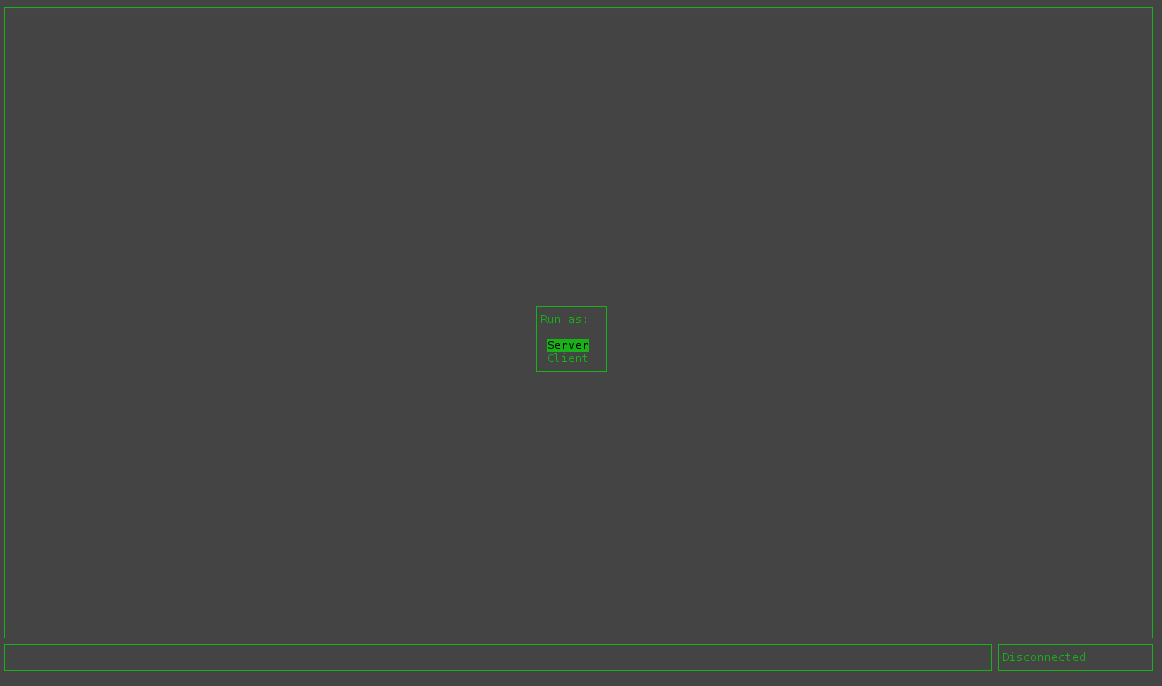 In this case, I select server and it then waits for connections. 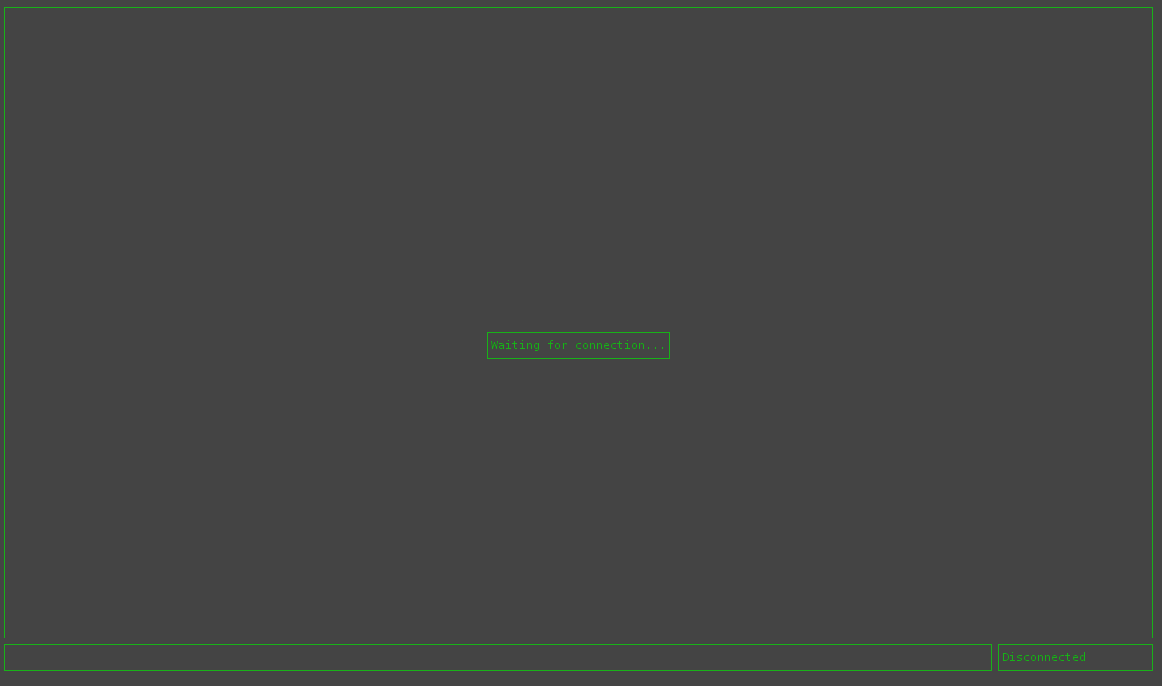 I then start another instance of the program and select client this time. After this, I’m prompted for the host to connect to. In this case, I’m just doing everything on my localhost. 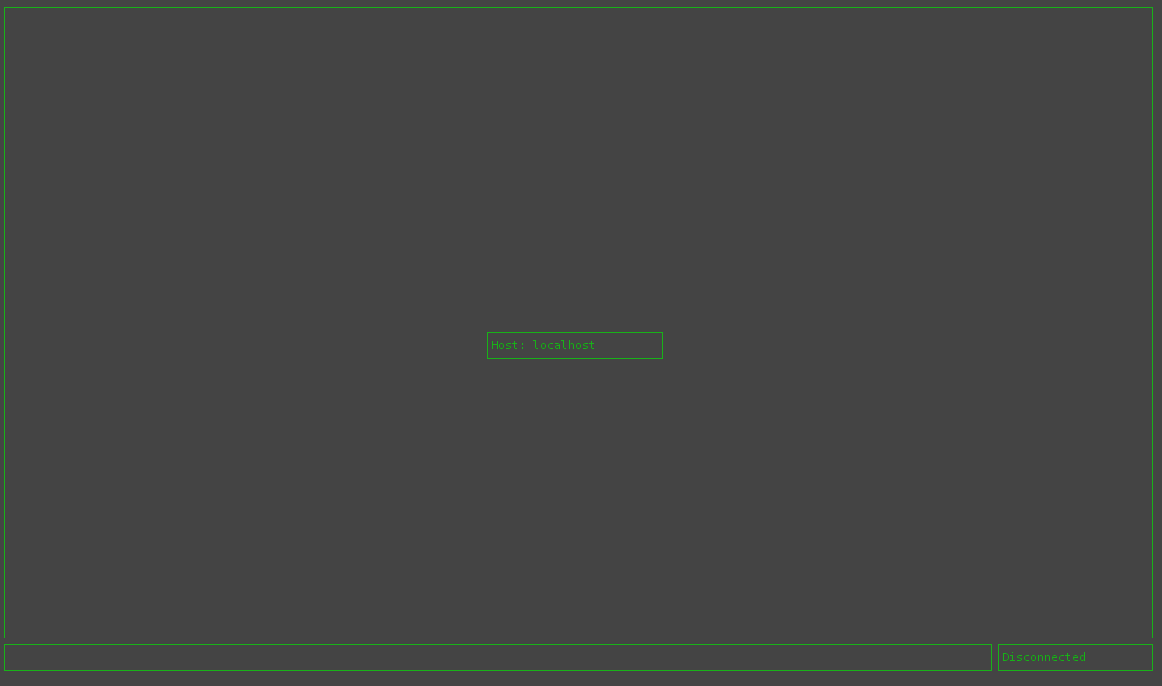 The client tries to connect to the server and displays a connecting message. 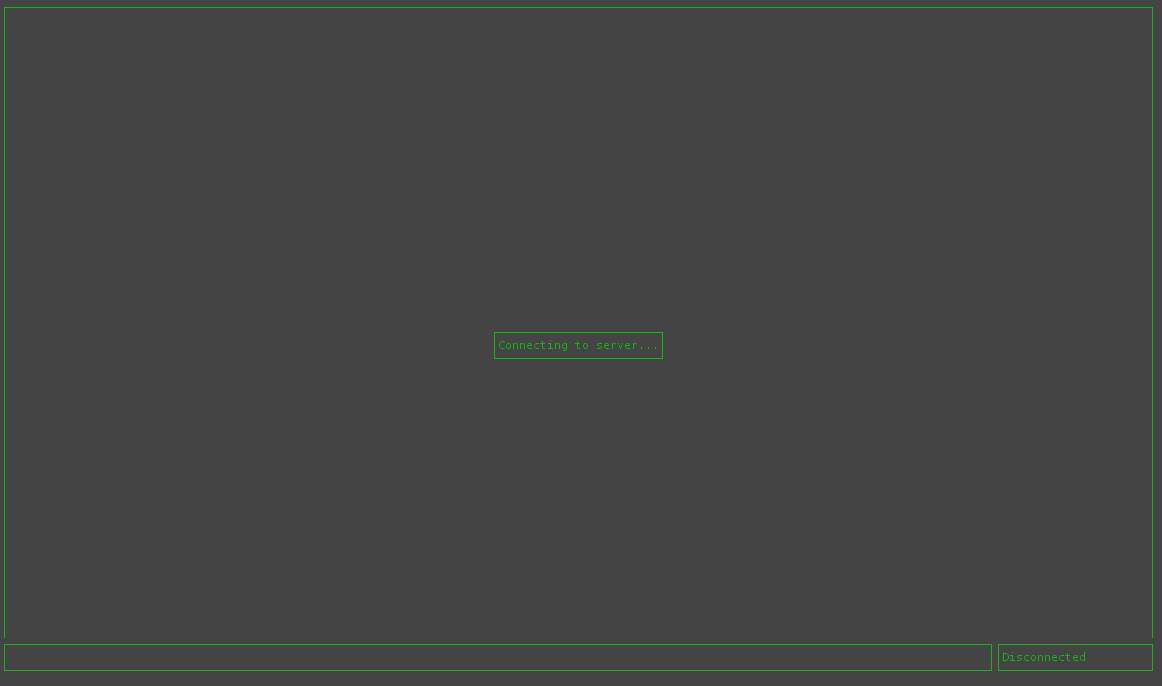 Upon receiving a connection, the server displays a message to the user with the client connecting and the option to accept or reject the connection. 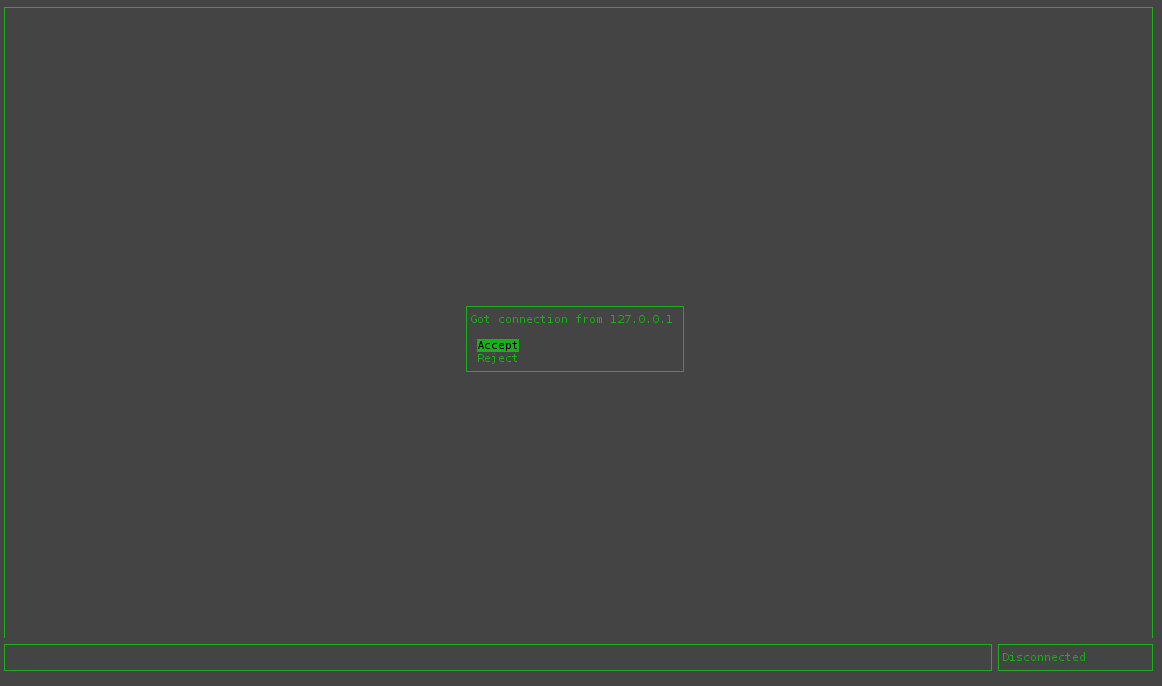 After accepting the connection, the server and client will exchange keys and the two users can chat! 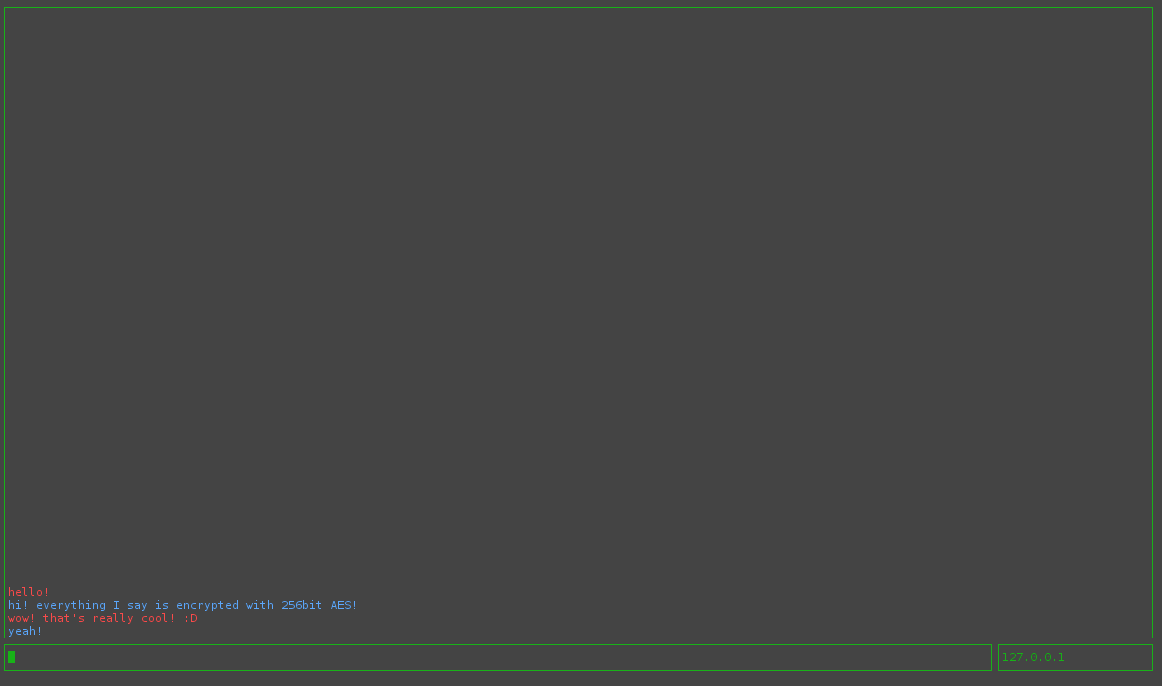 What’s next? There’s a few items on my TODO list including:

The full code is available on GitHub.