There’s a few different Python packaging solutions out there. Py2Exe, Py2App, cx_freeze, etc. After some research and experimentation I determined it was entirely possible to use PyInstaller to package my app for Linux, Windows, and OS X. This avoided having to use different packagers for different platforms which was wonderful.

PyInstaller will package all the dependencies of my program into a single binary, including Python itself. This means that all a user need to do is download the binary, click it, and there’s my program. No installation required.

PyInstaller relies on a spec file to tell it how to package your program. By default, you just give it the directory of your source files and it will look at your imports to determine what the dependencies are and generate a spec file for you. This does a surprisingly good job too, but things get a little tricky when adding extra files like images and, in the case of Windows, the C++ runtime libraries. Basic usage of PyInstaller is:

Let’s take a look at the spec file I’m using for Cryptully.

There’s a few interesting parts to this spec file that aren’t present in the default generated spec file. One of those being the images. PyInstaller will only put Python code in your binary by default so you need to tell it what other files to include. In my case, this meant adding all the images used in the program like so:

Loading the resource when running from the binary is not exactly straightforward. In my case, I also wanted Cryptully to run as a Python script and as an egg. This meant a lot of different paths for loading resources, but a relatively short function translates a relative resource path, to an absolute one.

A special consideration must be made for Windows where is it necessary to static link the C++ runtimes from the Visual C++ Redistributable package, otherwise a user will need to install that. This boils down to:

It is completely beyond me why Microsoft feels it is necessary to make developers do this, but that’s the way it is.

Finally, PyInstaller will, by default,  create a UNIX-style binary on OS X rather than the .app that OS X users are familiar with. A few lines in the spec file tells PyInstaller to create a .app as well:

What does it look like put all together on each platform? 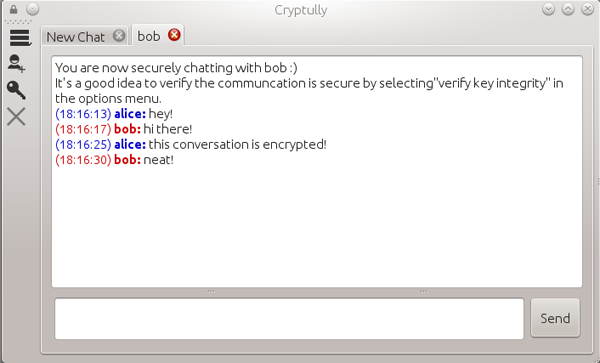 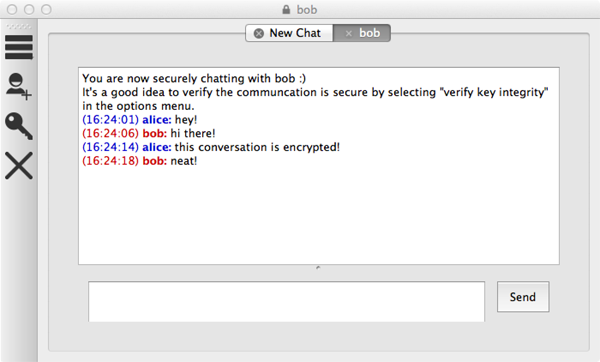 There’s obviously a few visual discrepancies, but they are acceptable for me.  Users just need to download and run on Linux, Windows, or OS X. No installations necessary. For those that like to see a full, working example, the instructions for building Cryptully are at https://cryptully.readthedocs.io/en/latest/building.html.